Having previously discussed my visit to Nintendo World of course there was a temptation to indulge in my gaming past time, a passion that extends beyond the software and into the broader, wider gaming culture. As alluded to, my primary motivation to return to Nintendo World was to purchase one of their exclusive t-shirts only available through their physical store. There is something, refreshingly quaint of a company that champions the physical presence and appeal of a flagship store of this type even if there is a logical argument to then increase the physical presence beyond a single city. Whether this policy changes is a larger question, certainly other brands in the retail market who have failed to adapt to the digital market have succumbed to extinction from the high street. There is a converse logic to a company, who fame and legacy has grown through the digital age and media to embrace and champion the benefits of a physical legacy. I’ll readily admit, there is a benefit to the tactile experience that brings the location and media to life in a way a digital shop front cannot hope to compete with.

On my first visit the exclusive clothing was far more limited, certainly other designs were more readily available online but the store offered a select number of tops that were only available to the Nintendo New York location. On my return, seemingly this number had increased substantially as the company has embraced the power of social media and advertising, their customers also their brand ambassadors walking the streets of Manhattan and beyond emblazoned with the logo of both the brand and store. Whilst these did hold a brief attraction, subjectively they didn’t hold as big a hold on me as the New York themed shirts centered around the platforms flagship protagonists, Link from the Legend of Zelda franchise and of course the original icon Mario himself. 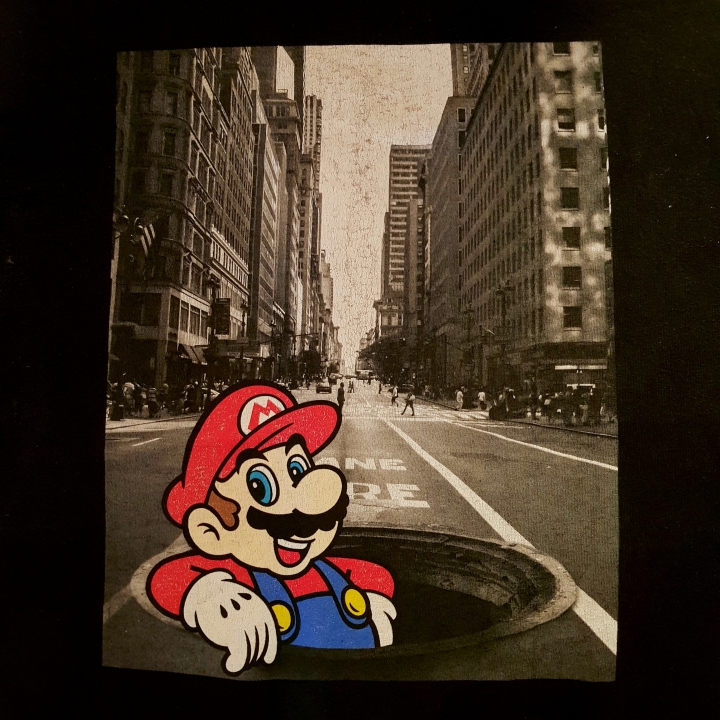 The Mario design emerging from the drain pipe on 5th avenue captured my heart initially those years back and was such a combination of gaming culture and tourist adventuring spirit it was a necessary purchase. A second t-shirt at the time felt indulgent, soured somewhat by the choice to embrace the more cartoonish design of Link from the Wind Waker series. Having had time to reflect, and been restricted in being able to change my mind and rectify this error in judgement on my return to the Big Apple my first purchase had to be the Link shirt. Featuring the central character wistfully sitting and passing the time in Central Park if I recall on its original design the primary color of the top was a bright green in fitting with the characters design. Subsequently the color shade has been subdued to a more respectful and personally, classier dark green shade that is more acceptable to wear in wider society. I’ll readily admit wearing a video game themed t-shirt will never win great social approval or acceptability given its perception of being a youthful past time but certainly there are choices that can be made, adjusting the tonal shades makes these clothes easier to wear and ultimately, easier for the consumer to act as a brand ambassador for the company.

My second purchase was a little more difficult to make. Certainly there was a similar amount of Mario tops to purchase but I’ve never felt as great a divinity and connection with the Mario franchise as I have with Zelda despite my last playable title being the cross generational Twilight Princess. As previously discussed Nintendo have followed an approach of honoring and celebrating both its past and present in their design style, equal attention given to its latest release Breath of the Wild as well as the wider Zelda franchise and design even extending somewhat in wider popular appeal. On this basis I elected to go with something that wasn’t directly promoting one of its titles but more a friendly association with the branch, a knowing design and pattern other video game collectors and fans would instantly know and appreciate. My end choice was a design with the familiar Hyrule Castle motif but also inspiring a nostalgic theme from the 80’s akin to an US summer camp or sports design. 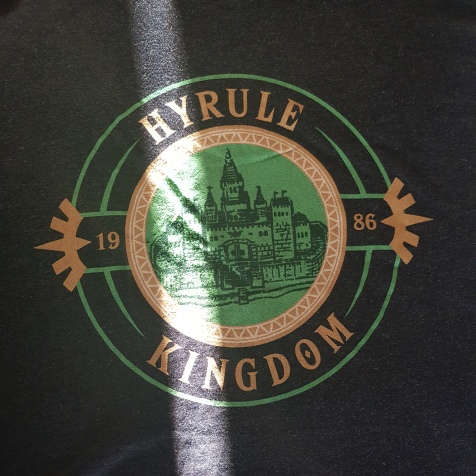 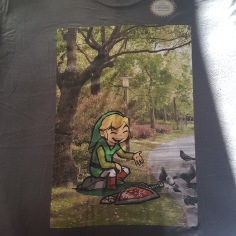 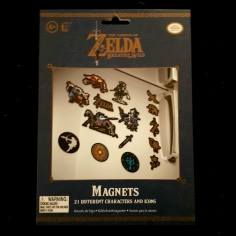 Finally, as a small purchase to embrace the current Zelda design I went for a series of magnets to decorate and adorn my fridge alongside my Mario level design series. Using the design of Link from Breath of the Wild along with the logo and other character models, whilst these are readily available from specialist retailers and other larger stores in the UK such as Forbidden Planet, the mood of nostalgia and appreciation for the Zelda series largely guided this purchase. I would also observe the prices aren’t especially high given the stores location in central Manhattan, and given the exchange rate relatively good value with a comparable product in the UK approximately twice the cost. This doesn’t take into account transport costs obviously but more an observation for a flagship specialist store, Nintendo certainly had the option to set a higher price to reflect the prestige nature of the brand. These didn’t thankfully and make this a welcome store to visit and shop in.

My last purchase from the Nintendo World store was from the Pokemon family. With my last entry in the series being Pokemon Gold on the Game Boy Advance my familiarity with the series in its current incarnation is older than the Zelda series. Still, there is a welcome charm and familiarity with the original characters and line up espeically the proverbial mascot, Pikachu. There was an inital temptation to go for the pillow however space dictated that was an unavailable option. As such, I decided to go with the Pikachu USB booster, small and succinct although oddly battery powered as opposed to cable charged which puts it at odds slightly with odd comparable products. Still, this is Nintendo, you come to accept and embrace these quirks. As a figure it suffices and should I so wish can act as a booster pack fully utilising his electrical charging abilities. 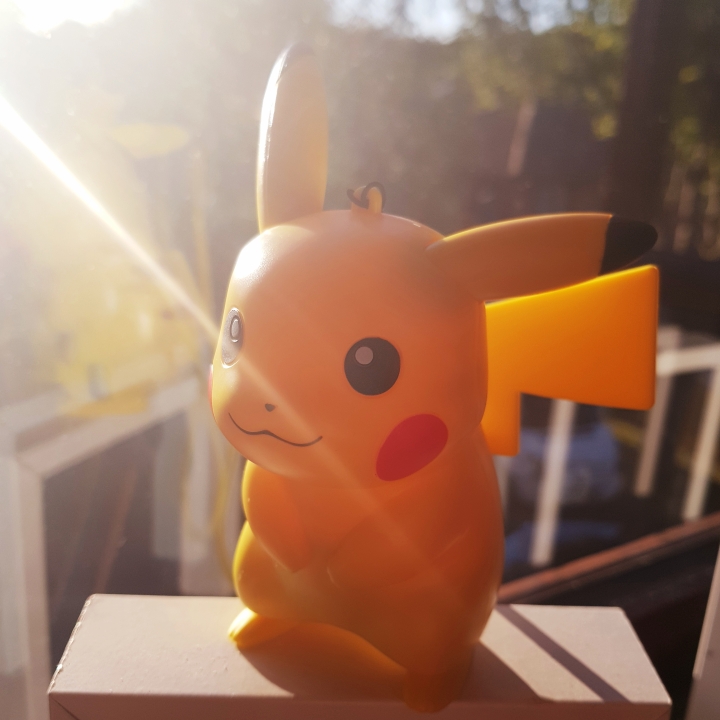 3 thoughts on “Gifts from America”